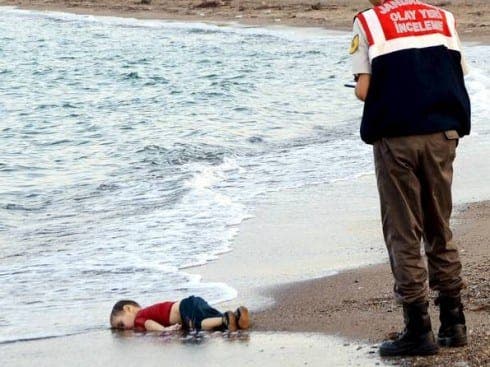 A SYRIAN toddler lies dead, face-down on a Turkish beach. It was just one photograph but this powerful image brought about  a dramatic U-turn in attitude to the refugee crisis.

From ‘somebody else’s problem’ the epic migration of people fleeing their war-torn homelands suddenly became very real, touching the hearts and minds of billions around the world.

With notable exceptions, the EU’s open border Schengen countries have agreed to accept migrant ‘quotas’, keeping their frontiers open to thousands of refugees in what has become a Europe-wide humanitarian mission. Spain is no different, agreeing to take in 17,931 migrants by the end of the year..

Even little Gibraltar which, like Britain, is not part of Schengen, is in discussions with London to play its part in the refugee intake.

The power of public opinion has, perhaps as never before, had a drastic impact on government policy European-wide.

However,  that mood could turn again as the implications of the sheer numbers of migrants hit home… and, in any case, the current ‘crisis’ is anything but a new phenomenon.

Migrants from African war zones have long been making the desperate journey to a new life in the ‘promised land’ of Europe, seeking work, asylum and a better life.

Long-running conflicts have displaced a massive 1.1 million refugees from Somalia, 2.59 million from Afghanistan and tens of thousands from Eritrea that has been dubbed ‘Africa’s North Korea’.

Syria though is now the biggest driver of the crisis with four million people – nearly a fifth of the population – having fled the country since the savage civil  war broke out in 2011.

Many who have been virtually imprisoned in migrant camps across the Middle East with nowhere to go are now seizing their moment to join the exodus to Europe.

The true scale of the problem can only be guessed at. But an estimated 19 million people worldwide have so far been forced to flee their homes, with 42,000 others joining that number daily.

Thousands of hopeful migrants camp outside the fenced borders of Spanish Ceuta and Melilla, attempting to earn and save enough money to make the dangerous crossing to Europe.

The most desperate have attempted to pull off hazardous and often fatal schemes for evading border control, highlighting the utter desperation of their situation.

There are many harrowing stories. They include:

As the 19-year-old woman dragged along a heavy fuchsia suitcase, she looked warily towards security on the Ceuta border. Noticing her discomfort, hawk-eyed Guardia Civil agents pulled her aside.

What they did not expect to see when passing the suitcase through the x-ray machine was the silhouette of a little boy, curled up inside. Fortunately Abou, 8, survived his ordeal and told the guards he came from the Ivory Coast. His father, Ali Ouattara, was arrested but later released when he proved that he had paid for his son’s visa, and was neither acquainted with the smuggler nor privy to the illegal suitcase plan. The boy was granted a temporary visa to remain with his mother in Spain, her legal home.

In what police described as one of the more ‘bizarre’ immigration methods, two Moroccan citizens were detained for attempting to smuggle a 20-year-old Guinean across the Melilla border, disguised as a car seat. They removed the padding in the seat and placed the man inside the frame, then covered him with a cushion. Then one of the passengers sat on him throughout the entire journey. 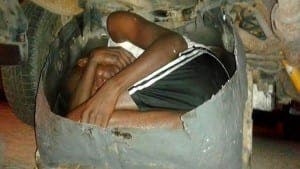 Some migrants have risked suffocation, severe burns and fuel contamination by hiding inside vehicle engines. Crossing into Melilla, three youths were discovered hiding in the body of a car with Spanish plates, curled up with barely enough air to breathe. One was contorted inside the space reserved for the spare tire, and was unable to breathe properly or stand up when he was extricated. The other two men were concealed below a false floor. 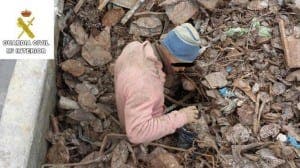 Seven migrants, nearly half of them minors, made their bid buried in rubbish. They were discovered inside shipping containers full of junk metal and two technicians had to be drafted in to extricate the men, who were rushed to hospital with asphyxiation.

Peril on the sea 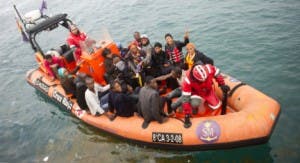 Many migrants risk their lives crossing continents by sea in craft ill-suited to the tides and currents. Dinghies are most commonly used but pedalos and even surfboards have been used to cross the Straits.

Spain’s proximity to Morocco as well as the Spanish enclaves of Melilla and Ceuta, makes it a prime target for migrants. Despite heavy policing in the Strait, 12,549 illegal immigrants crossed into Spain during 2014, either by water or via Ceuta and Melilla. The majority came from sub-Saharan Africa but an increasing number of Syrians are also crossing here.