A POWER cut that struck Gibraltar on Wednesday morning has been slammed by Rock residents. 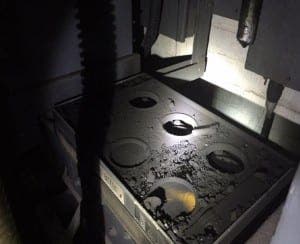 The blackout occured at 5am with most houses reconnected by 11am on Wednesday.

Irate residents took to the company’s Facebook page to voice their anger.

“What a joke? Ive had to give my 6 months old baby a yogurt as i cant even make him a damn bottle!! And my toddler is missing nursery too,” wrote Natalie Donaldson.

Leader of the Opposition Daniel Feetham called the power cuts were “absolutely scandalous and still an issue a week before Chief Minister Fabien Picardo calls a general election.

A GSD statement said: “It’s a shocking indictment of the GSLP/Liberals energy policy that after four years in office our community is still regularly experiencing lengthy and costly power failures.”

John Culatto - 26 Sep, 2022 @ 15:45
OIL is disappearing from Gibraltar waters after salvage teams started to patch up the leak from the shipwreck stranded off Catalan Bay. Cleanup crews have...