FOETUSES are making a song and dance in their mums’ wombs, new Spanish research shows.

The astonishing discovery showed unborn babies of 16 weeks old responding to music by opening and closing their mouths while sticking out their tongues.

The Spanish Institute’s test on 100 mums-to-be could prove vital in the fight to detect early signs of deafness.

It had previously been thought foetuses’ could hear only from week 26 of pregnancy. 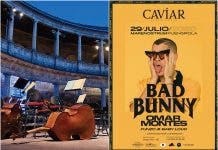