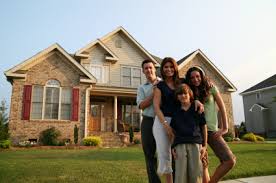 IS 50% of your income a small price to pay for a place in the sun?

This expense is a way of life for Spaniards, according to a survey from real estate network RE/MAX Europe.

Spaniards spend half their income on housing costs, including rent, mortgages and running costs.

Their spend is much higher than the European average of 40% of their income and one in five Europeans spends a pocket-friendly 20% on housing.

Almost 60% of those surveyed believe Spain is an expensive place to live, and 26% claimed renting is becoming more expensive.

“Foreign buyers disagree with the statement that Spain is an expensive place to live, seeing the benefit of comparatively low property prices, and lower costs of alcohol, tobacco and food,” said RE/MAX’s Marbella based CEO.

“This gives foreign buyers a lower overall cost of living and a positive impression of the country.”

While 61% of Europeans are homeowners, in Spain 80% of couples with children live in rented properties.

Just 7% of Spaniards live on their own, significantly lower than the European average of 15%.