THE last of the beach closing parties has finished, the sunbeds have been stored away and the clocks are about to change in the countdown to autumn. For some this may be the season of ‘mists and mellow fruitfulness’ (and finally finding a parking space in town) but for me it means only one thing. The start of the rugby season. 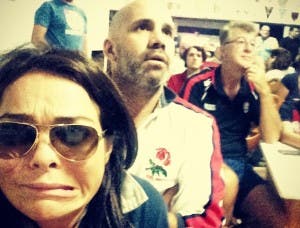 The noble game has always been one of my passions (the others either involve a motor and/or are highly addictive/illegal/immoral/all of the aforementioned).

I first picked up a rugby ball at prep school and played throughout my school days and beyond, turning out for the Bulldogs in Twickenham whose brand of champagne rugby appealed to me. We would stumble out on a Saturday morning and take on teams such as London French, Feltham (always good for a punch-up due to most of their players coming from the nearby young offenders’ institute) London Cornish (where my opposite number in the scrum complained to the ref that I smelt of the morning after the night before), Bank of England (beautiful grounds in front of an 18th century stately home), and London Irish, traditionally the last game of the season and a gigantic booze up! I would invariably fall asleep on the tube and spend most of the evening going round and round on the Circle Line.

Back in Marbella, I soon got involved in with Marbella Rugby Club. As fate would have it, most of the tearaways I used to hang out with at infamous Arturo’s bar in the port during the 80s now run the club. Must have been the multiple bashings we gave visiting Malaga punks looking for trouble. Which is an article in itself…

The only problem is that, in all honesty, I’m not very good at the game. I used to be described as an impact player but the coach wasn’t really sure what my impact was. In my final match for Marbella, I spent 30 minutes on the touchline, loudly warming up and demanding to be brought on, only to dislocate my middle finger in the first tackle and be brought straight off.

With the Rugby World Cup well underway I thought that I’d support the boys and head to the clubhouse to watch the England v Wales game. In rugby parlance, the Yummy Mummy has finally red-carded me and kicked me into touch, so it was time to take the Hottie Hippie with me.

When we walked in, my old ‘lucky’ England shirt was the subject of much mirth. The Spanish rugby fans have adopted the tradition of supporting their own country – Spain last reached the Rugby World Cup finals in 1999, in case you were wondering – and whoever England are playing.

Cries of ‘Come on Wales’ and ‘Come on Galicia’ rang out (Wales is Pays de Galles so I suppose it was an honest mistake). We all know the result. To quote Kurtz in ‘Apocalypse Now’ it was ‘The Horror’ and the Hottie Hippie remarked that I was unusually quiet on the drive back to the Casita. My chariot was certainly swinging low.

‘Here we go!’ I wrote on social media before the match.

‘There you went’, replied a friend from Cape Town straight afterwards…