A WAR of words has broken out between Gibraltar’s main political parties over the planned power station. 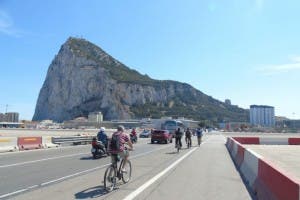 The recommendations from the UK’s Health and Safety Laboratory (HSL) and also Lloyd’s Register have effectively signaled the start of the construction process.

However, the GSD party has criticised the government for rushing ‘inconclusive’ reports to be published before November’s election.

Leader Daniel Feetham said: “No-one, least of all the Opposition, can possibly review the veracity of the safety claims made in these reviewing documents without actually seeing the underlying safety reports.”

In defence, Picardo reiterated that LNG is the ‘right choice’ for Gibraltar.

“It poses no risk to any residential area and it is the clean fuel for the future,” he said.

Indeed, the HSL’s report claimed that a catastrophic event at the site was not only an extremely remote risk, once every three million years.

The project will now progress to the next phase, a significant consultation process to be conducted by Shell and HSL, involving all stakeholders and the local community.

John Culatto - 19 Aug, 2022 @ 17:41
CUSTOMS officers from the Algeciras port have discovered the biggest haul of cigarettes arriving by container in Spain this year. Authorities found over 10.3 million...