CALLING it sour grapes is, without a doubt, an understatement. 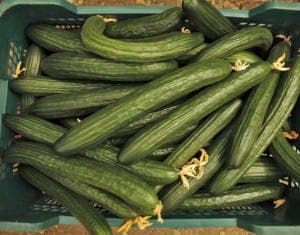 But one of the Axarquia’s biggest fruit and vegetable companies has won an E. Coli battle, which nearly squeezed it into oblivion.

It comes after a German court ruled that Frunet, in Algarrobo, was wrongly blamed for an outbreak of the disease, which killed 50 and hospitalised over 4,000, in 2011.

The vegetable grower is now to receive €2.3 million compensation.

Spanish cucumbers were embargoed by supermarkets around the world during the crisis, with estimated losses of €180 million per week.

The Hamburg court ruled that the outbreak came instead from a Mexican producer of jalapeno peppers.

Sales manager Richard Soepenberg said the company was ‘happy and proud’ to have cleared its name.

“Pointing the finger at a company can destroy it completely in seconds,” he said. “Fortunately we’ve managed to rebuild our company from scratch and are back at pre-cucumber crisis sales.”