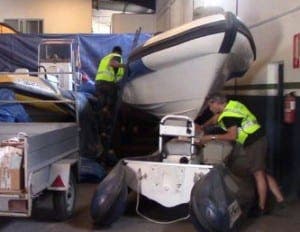 A MAJOR drug smuggling ring has been rumbled in a Guardia Civil bust codenamed ‘Whiteshark’.

The leader of the group, an Algeciras resident, and 14 others were arrested on suspicion of smuggling hash from Morocco to the Campo de Gibraltar.

The gang are believed to have stashed the drugs at landing points along the Cadiz coast.