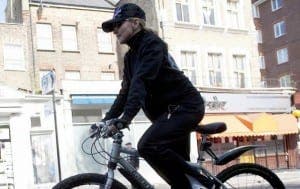 THE Paris terrorist attacks struck deep at our sense of security.

But the cancellation of high-profile European dates, including gigs in Barcelona, by artists such as Prince and Foo Fighters smacks of retreat.

Live music, along with sport, is the world’s great unifier.

It’s these very freedoms we enjoy and share that ISIS and their murderous ilk seek to silence.

So the cancellation of these dates was a victory of sorts for the Islamist murderers.

And hats off to Madonna for rolling up her sleeves and carrying on with her show. “They want to silence us. We won’t let them!” the defiant Material Girl roared to a Stockholm audience.

In times of trouble, music is often the best cure. In these uncertain days, it is heartening that the world’s most famous artist has the ‘cojones’ to show ISIS we’re not scared.