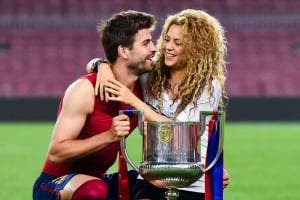 A BARCELONA football ace and his popstar girlfriend are being blackmailed over a sleazy sex video.

A former employee of Gerard Pique and Colombian wife Shakira is asking for millions to stop it from being published online.

According to Spanish media the ex-employee secretly filmed the pair as ‘insurance’ in case she was ever sacked.

The former Manchester United defender has endured a tumultuous time of late, being booed by Spanish fans after scathing comments about Real Madrid.

If found guilty Benzema could face five years in prison.

Valencia-based sextortion gang gets busted by police in Spain