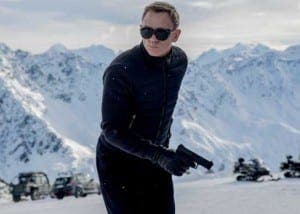 The Sam Mendes blockbuster took €2.75 million in its first weekend in Spain and more than €5.26 million by the end of its second weekend.

Daniel Craig’s latest outing as the secret agent is smashing worldwide records, raking in more than €516 million by mid-November.

Spectre is now the third highest grossing film of all time in the UK.

Alex Trelinski - 6 Oct, 2022 @ 15:45
A car mechanic was seriously injured at his Utiel workshop after a large tyre burst when he was inflating it. The incident happened last Thursday...