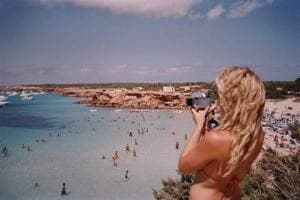 A LARGE number of travellers are choosing Europe over north Africa in their quest for winter sun.

Several travel experts have warned that concerns over terrorist attacks are at the root of this shift and that travellers prefer to stay closer to home.

This was dubbed the ‘9/11’ effect on the tourism industry.

Meanwhile, Spanish tourism has boomed this year, welcoming a mind-boggling 200% more tourists this year than in 2014.

While bookings remain high for Spain, the Canary Islands, Greece and Italy,  more exotic destinations are losing out.

In spite of cut prices in Egypt and Morocco with tourist visa fees waived for visitors to Petra, bookings for these areas are slow.

Contributing factors include the bombing of a Russian aircraft flying out of Sharm el-Sheik in November, the jihadist attacks in Paris and the terrorist attacks in Sousse, Tunisia.

Despite the British tourist being characteristically resilient, many are choosing to stay closer to home.

All EasyJet and British Airways flights to and from Sharm el-Sheikh have been cancelled until at least January.

“We are seeing something similar to what we saw after 9/11,” said Bournemouth University risk and tourism expert Yeganeh Morakabati.