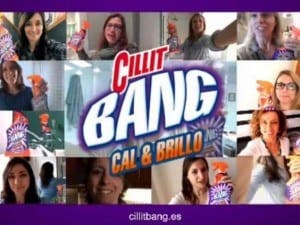 A MAJOR British manufacturer’s marketing campaign has been labelled as sexist by Spain’s advertising watchdog.

Three adverts for the cleaning product Cillit Bang have been banned from the airways after authorities ruled its female-only cast suggested archaic gender roles.

The adverts showed 32 women cleaning their homes with no male presence at all.

In one advert, the actor says Cillit Bang’s efficiency gives her more time to spend with her children.

In fact, the advertising slogan was even translated into the female form, implying that the product was only used by women.

Parent company Reckitt Benckiser has now been forced to adapt the adverts in order for them to be allowed back on the airwaves.