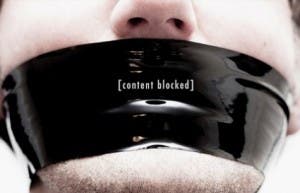 A TRIPLE lawsuit was yesterday launched at the European court of human rights in a bid to repeal the gag law.

Journalists are fighting for Spanish MPs to rescind the new law which means people may not gather outside certain public buildings and also limits freedom of expression.

Currently in Spain, you can face a fine of up to €600 for ‘disrespecting police’ and up to a staggering €600,000 for staging an  unauthorised protest in a strategic place.

If you take and broadcast a photo of a police officer, you can also face a penalty of €30,000.

Although journalists have united in force on the platform Deferder a Quien Defiende, it could be months before the court decides if the case is worth hearing.

The government defends the bill, championing its guarantee ‘for people’s security’.

But the Spanish are increasingly disillusioned, with internet outrage after a woman was fined €800 for posting a photo of an illegally parked police car in August.

Jorge Hinojosa - 28 May, 2022 @ 12:00
HARD hit motorists will soon have more opportunities to fill up on the cheap. Budget petrol station company Ballenoil is planning to open eight new...