SPAIN’S major clothing chains are engaged in a battle of the tills as the January sales get into swing. 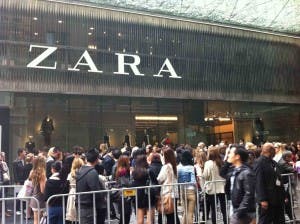 While Inditex, which owns Zara, Massimo Dutti, Bershka, Oysho, and Pull and Bear, is making the most sales, Primark has dethroned H&M to take second place with Mango in fourth position.

A quarter of the Spanish clothing market is dominated by these top four chains.

The average Zara shopper spends €266 per year while Primark’s standard patron spends under half at €105.

Alex Trelinski - 25 Nov, 2022 @ 18:15
SINGER Shakira has accused tax chiefs in Spain of running a smear campaign and infringing her privacy in a long-running battle over unpaid taxes. The...