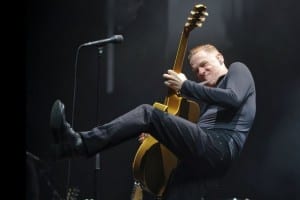 BRYAN Adams is kicking off a series of new concerts in Spain this month.

Multi-million selling Adams will play further dates in Madrid, Bilbao and Barcelona before the end of January.

He released his most recent album, ‘Get Up’, last October.