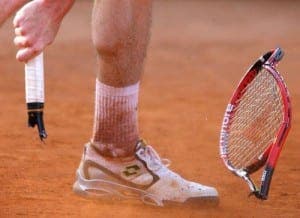 A 2007 cache of documents passed to the BBC and Buzzfeed identified betting syndicates in Russia, northern Italy and Sicily winning hundreds of thousands of pounds on allegedly fixed matches.

The BBC and Buzzfeed haven’t named the 28 players under suspicion, but they include former Grand Slam winners, some of whom are currently playing at the Australian Open.

According to one of the original investigators, Mark Phillip, eight Spanish and Argentine players feature heavily in 29 fixed matches linked to six betting accounts in north Italy.

“This group of accounts,” Phillips said, “are a bigger threat to the integrity of the sport than either the Russian or the Sicilian groups.”

In 2015, more than 50 suspicious matches were flagged up to the anti-corruption Tennis Integrity Unit.

Coronavirus impact on Spain’s economy is worse than we feared