A STONE’S throw from Kensington Gardens, on the side of an Edwardian house, a sign welcomes visitors: ‘Calpe House: Gibraltar’s Home From Home In London’.

For more than 25 years, this warm greeting has comforted thousands of vulnerable Gibraltarians travelling to London for urgent hospital treatment. 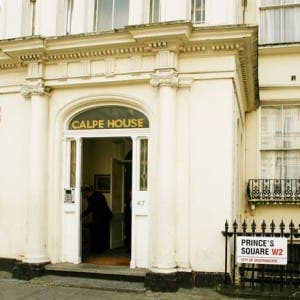 But space in the five-storey building at 47a Prince’s Square is limited to 12 families. And after buying three new London properties, Calpe House Charitable Trust’s fundraising campaign, Calpe House Needs Your Help, now aims to raise £5 million for refurbishments so it can continue to accommodate Gibraltarians during difficult times.

Albert Poggio MBE, director of Gibraltar House in London representative for the government in the UK, is vice-chairman of the trust. Instrumental in setting up Calpe House, he recalls what spurred him into action.

“Thirty years ago, a good friend of mine came to London as a patient to see a consultant,” he says.

“He was told he had cancer of the mouth. He was staying in a B & B, which was in very bad condition. He returned to the B & B with that terrible news and had to stay in London for another week.

“He lived through that misery not knowing anybody and couldn’t share his grief with anybody.”

Deeply moved by his friend’s plight, Poggio, who counts Margaret Thatcher and Tony Blair among his friends, met with other prominent Gibraltarians to discuss what they could do.

A campaign was launched to raise money for a London base where Gibraltarians can stay. People back home dug deep to help. Commercial support came from the business community. One building developer even donated a Westside apartment to raffle. Joe Bossano’s government promised to donate a pound for every pound generated.

“Gibraltarians are very generous,” says Mr Poggio. “There are lots of charities there. We got all the charities together and they ceased their activities for one year to join our campaign. It was a truly community project.”

More than £360,000 was raised for the Princes Square building, a stone’s throw from Kensington Gardens. Since opening its doors, more than 6,000 patients have recovered at Calpe House. Hundreds are referred by the Gibraltar Health Authority each year, with cancer victims, people recovering from cardiac operations and kidney transplants among those who stay.

“One of the benefits of Calpe House is it offers therapy,” says Poggio.

“We have someone from Gibraltar who can impart any bad news. The patients will talk about this for about 10 minutes then, being Gibraltarians, they will start talking about home.

“At Calpe House, they do not have to sit there on their own.”

The loneliness of the displaced Gibraltarian is something Poggio knows only too well. Born in Northern Ireland after being evacuated during the war, he was sent from Gibraltar to London by his parents to continue his education when he was 12 years old.

After studying at City of London Polytechnic, he set up the Gibraltar Group in 1965 to assist the flow of fellow expats arriving in London.

“Having to live through Franco’s blockade of Gibraltar, a lot of people couldn’t stand it,” he remembers.

“They decided to emigrate to London. I set up the Gibraltar Group to help people with accommodation and jobs.”

Poggio’s tireless efforts on behalf of the Rock also led to the first chartered flights between London and Gibraltar. In the early 1970s, he helped raise money for the first Gibraltar House on Westminster’s Northumberland Avenue.

“It was more of a social centre,” he recalls.

And with Gibraltarians in need once more, Poggio is putting his efforts into a campaign to refurbish Calpe House’s three new premises in Norfolk Square. The listed buildings were procured following a chance meeting in the Caribbean last Christmas.

“I was walking along the sea front and I bumped into the same man three times. He said he was a property developer in central London,” he said.

“He told me, ‘I think I have the ideal property for you’.”

Westminster Council approved planning permission at the first attempt. The £8.5 million Norfolk Square buildings, which were used to house medical staff from Paddington’s St Mary’s hospital,, are now being converted into 38 ensuite rooms.

“This new facility will have a beautiful lounge and will be a meeting place for Gibraltarians in London,” says Poggio.

The campaign to raise £5 million for the refurbishments is now in full swing.

Opposition leader Daniel Feetham is donating a month’s parliamentary salary, which he will present in February to Poggio, who adds that ‘any money the Miss Gibraltar candidates raise is going to go towards Calpe House’.

Charitable events are planned throughout the year, and Gibraltarians are being asked to set up a standing order to donate £2 every month towards the refurbishment costs.

“Everybody has illness at some time,” says Poggio. And with Gibraltarians famed for their charitable donations, it is hoped the new Calpe House will continue to provide a home from home for them in London. 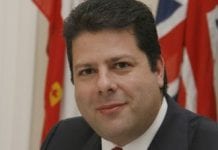