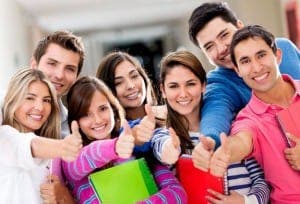 SPAIN’s attempts to attract more foreign students received a boost when it was named second best country in the world for pupils heading abroad.

The inaugural Best Countries rankings from U.S. News & World Report were unveiled at the World Economic Forum at Davos in January.

The publication, which is highly regarded for its ratings of universities, hospitals and other institutions, surveyed 16,248 people.