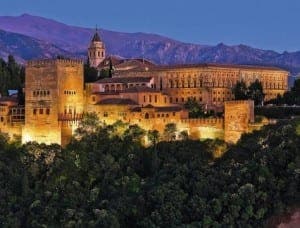 AN expat-run tour company has been named Tour Operator of the Year for Malaga in the 2016 Holiday and Tour Specialists Awards.

The win for Tour Andalucia International was announced at the recent Luxury Travel Guide Awards ceremony. The company was praised for its personalised tours of olive mills and wine bodegas across the region.

Director Gary Montagu said he was ‘thrilled’: “The award was totally unexpected, but it is really good to receive acknowledgement for the hard work we all put in. We are proud to make our small contribution to Andalucia and its economy,” Montagu told the Olive Press.

“We are the David against Goliath when compared to the large coach operators.

“But because we are smaller, our guests get a more personal experience and many have become friends.”

Having worked as a business manager in the UK’s technology sector, Montagu moved to Spain with his family to experience the Andalucian countryside. And, discovering Cordoba, Malaga, Sevilla, Ronda and Granada were all within driving range, he decided to set up his tour company.

Man charged with attacking and injuring local woman in Gibraltar