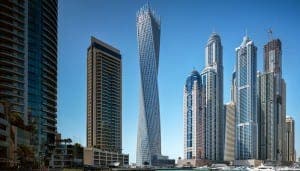 A MIDDLE-eastern property conglomerate is eyeing up a move to Spain.

A spokesman for the company said it was dedicated to ‘penetrating the European market’ this year.

The group – which has offices in the UAE and Saudi Arabia – developed the Cayan Tower in Dubai, the world’s tallest twisted building.

Details of the Marbella project are currently under wraps, however a spokesman for Sarena said it will be ‘spectacular’.

“Cayan are well known for developing some of the most creative buildings in the world,” he said. “Their projects are exemplary, and we are pleased to be partnering with a group of such calibre and reputation.

“We look forward to this partnership which will also open the door for Sarena to enter the Middle East region.”