A tight-lipped Cameron left the Brussels talks over Britain’s place in the EU at around 05.30.

He is due to hold a series one-to-one meetings with European leaders and European Council head Donald Tusk ahead of an ‘English lunch’ later today.

The summit could have profound consequences for British expats in Spain, as the British prime minister seeks an improved deal ahead of a possible June referendum on Britain’s EU membership.

On Thursday evening, a Downing Street spokesman said: “There is some real hard work to do overnight and we have got to see real progress.”

The Tory leader wants to restrict in-work benefits to EU migrants for four years and restrict child benefit to workers from the EU whose children live in other countries. 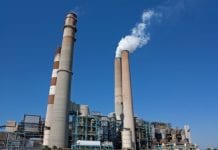