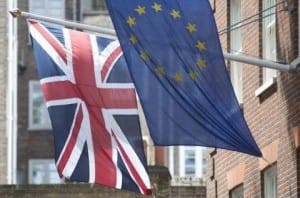 BREXIT-bashing is flavour of the month, especially among expats on the Costa del Sol.

Those backing the Leave campaign claim that the UK is being taken for a ride by the EU. While those in the Stay camp are throwing everything at the negative repercussions of an independent UK.

Whatever side of the fence you sit on, you cannot argue that a Brexit – and even the build-up to a referendum – is proving bad for business.

Last year was undeniably the best year since the crisis for economic growth and the restoration of the property market.

That was largely due to Brits investing their hearty Pound in business and property on the Costa del Sol.

But that trend has already begun to falter. Since the Brexit debate began and a referendum date set for June, I have had clients prefer to put off their purchase because they are worried about Britain pulling out of the EU and the resulting effect on Sterling.

There is no doubt in my mind that the referendum is already taking its toll on expat business in Spain.

I would estimate that 10% of British buyers are already delaying plans to buy abroad.

Just like us expats, many of my clients are concerned about what Britain’s relationship with the EU will be post-Brexit.

And so – unsurprisingly – scores of ready-to-be expats are postponing their foreign adventures until after the vote.

No doubt they will come flooding back and Brits will continue to invest in Spain should the UK vote to stay.

The truth is, nobody actually knows what would happen should the UK pull of Europe. At the moment it is all ifs, buts and maybes.

The good news is that Brits should continue enjoying the same mortgage rates and loan-to-value percentages that they currently do.

Nothing is certain, but I would safely assume UK buyers would be given the same rates as other English language speaking countries outside the EU (USA, Australia and New Zealand, for example) which are in line with those enjoyed by EU nationals.

In other words, Brits will most likely get the same mortgage rates in Spain whether they leave the EU or not.

I’m afraid that is where the good news ends.

The biggest issue for me will be the currency, with everyone from Goldman Sachs to Barclays bank predicting a major slump in the Pound, should Britain leave the EU.

Some are even predicting the Pound will reach parity with the Euro should Britain jump ship. Whereas, if things continue as they are, forecasts are predicting another strong year for the Pound, reaching up to 1.40 versus the Euro.

And a weaker Pound obviously equates to fewer expats coming to Spain, which in turn hits the Spanish property market, especially on the Costa del Sol.

And then there is insurance. Currently life cover, for example, is not available to non-EU customers and other types of insurance rates, such as health could be altered should a Brexit ensue.

Another area of concern would be taxes. The EU has battled for expat rights in Spain over the past few years so that Brits who have bought property in Spain pay the same amount as their Spanish counterparts.

With the EU gone, there is no saying if Spain would reintroduce these discriminatory tax rates.

But then again, it might not, only time will tell. As far as I’m concerned it is much better to stick with what we’ve got than twist and risk upsetting the apple cart.