A SPANISH food critic has pulled no punches in a brutal assessment of some of the world’s top chefs.

In a hilariously damning review, Ana Vega has slammed Brits Gordon Ramsay, Jamie Oliver and Marco Pierre White as well as having a dig at many internationally-acclaimed chefs.

Dismissing Ramsay’s 14 Michelin-starred past, Vega labels his take on Paella as ‘something that does not even deserve to fall into the category of rice with stuff in it’.

The host of Kitchen Nightmares is then lambasted for confusing Mexican ingredients and Spanish cuisine.

Next up, pukka-chef Oliver receives a pasting from the El Pais critic for his ‘Spanglish paella’ and his ‘sad hue’-coloured gazpacho.

Meanwhile, Pierre White is damned for labelling the ‘best paella in Spain is from the north’.

And Australian celebrity-chef John Torode is mocked for ‘cooking to the sound of Spanish guitar chords, while attempting to find his inner-Spaniard’.

Making up Vega’s hit list are David Chang for his noddle-based Fideuá and Sanjeev Kapoor for his psychedelic tortilla.

“In best Kitchen Nightmares style, Ramsay strikes his perfect “I-know-what-I’m-doing” pose. Then he launches into making a “paella” with (what else?) chorizo, chicken, shrimp, squid and clams. He then jazzes it up with a generous squirt of sherry, as well as a few chili peppers – because it’s never too late to confuse Spain with Mexico.”

“Jamie Oliver has made Spanglish food something of a personal trademark. He enthusiastically adds chorizo to pretty much everything, and his odd “Made in Spain” combinations make for a good laugh for any Spaniard watching his program.”

“Then, when the rice is done, he shakes it up passionately one more time, because he knows that a good paella needs to be mushy and that the rice grains should be crushed so that it is an unappetizing eyesore.” 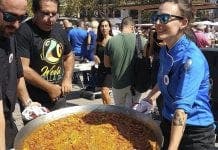 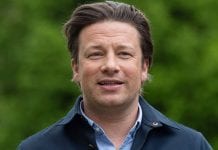