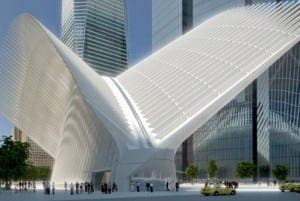 THE SPANISH architect behind the €3.65 billion World Trade Center Transportation Hub in New York City is facing criticism over its cost.

What is now the world’s most expensive station opened on March 3, and 50,000 commuters pass through it every day.

The building replaces one destroyed in the September 11 Twin Towers attack, and has been meticulously aligned so that on each anniversary it is flooded with sunlight at 10:28 am, the exact time the second tower fell.

Valencian-born Santiago Calatrava calls his design ‘a message of love’.

“We really hope from the bottom of our heart that New Yorkers embrace it and love it,” he says. 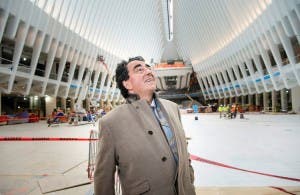 “I wanted to celebrate New York City, and those people who work so hard in it every single day.”

However the building has been criticised for massively exceeding its original budget.

“The cost of projects, big and small, matters — a lot,” said Patrick Foye, executive director of the Port Authority of New York and New Jersey.

New York resident Jeff Gorenstein told the Olive Press: “Sadly that kind of government waste doesn’t even really register here — to some extent i think it’s expected, no one is surprised, and people shrug it off.

“Design-wise I think it looks pretty cool. A welcome splash of modernity in the oldest part of NYC.”