GIBRALTAR continued to buck the economic trend for Europe with GDP growth at around 8% for 2015 and virtually full employment. 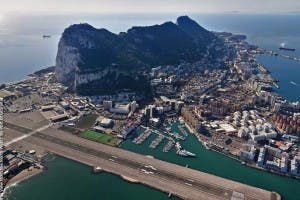 In the last 30 years the Rock’s economy has undergone a huge transformation from one dominated and reliant upon the garrison and related public sector activities to an economy which is driven by the private sector.

The three main economic pillars are financial services, tourism and the port and shipping services.  Another important sector is online gaming.

All of these sectors are served by a well-developed professional services community which provides advice and expertise on everything from law, trust, tax and accounting.

Although small in absolute terms, it is a pretty impressive achievement when set against Europe’s rather dismal record of job creation in the last 10 years.

As Gibraltar’s economy has become more diversified and international, jobs have been created in new sectors such as e-commerce, online gaming and e-payments.

The people needed to do these jobs have been brought from outside, predominantly from other parts of Europe, but some from further afield, including from the US and South East Asia.

Many of the people who work in Gibraltar live across the border in Spain.  Around 12,000 people cross the frontier each day to get to work on the Rock.

The daily rush hour to cross the frontier which can be seen each morning has just as much bustle as any big city.

The salaries earned in Gibraltar are spent in Spain and this in turn has helped to alleviate some of the hardship which Spain’s prolonged recession has generated.

At the macro-level Gibraltar’s government has generated regular budget surpluses in the last 10 years and significant improvements have also been made to the local infrastructure, including a new hospital, a state of the art air terminal and the completion of a number of government housing projects.

But Gibraltar is not resting on its laurels.

It continues to attract outside investment and create new job openings. The low corporate tax rate makes it one of the most attractive jurisdictions in Europe.

It enjoys full EU membership as a UK Overseas Territory, but it is outside the EU Customs Union so there is no sales tax (VAT).

In addition there are no wealth taxes, inheritance tax or capital gains taxes in Gibraltar.

Being an Overseas Territory gives Gibraltar additional security: the UK’s Foreign & Commonwealth Office is responsible for Gibraltar’s Foreign Affairs, and The Governor is in control of the local Royal Gibraltar Police.

In most other aspects though, Gibraltar is largely autonomous and self sufficient.

It passes its own laws with its own parliament and raises its own taxes and spends its own money.

There is no subsidy paid to Gibraltar by UK taxpayers and Gibraltar’s Government has signed Tax Information Exchange Agreements with more than 30 other jurisdictions, many of which are in the G20.

Air links to Gibraltar from the UK are good from either London, Manchester, Bristol or Birmingham. The process of setting up a business in Gibraltar is different to the UK but still relatively straightforward.

Anyone who is thinking about investing in Gibraltar or setting up a business here should make the local chamber one of their first ports of call.

Being a small town it is quick and easy to get around, but having a door opened or simply just knowing the right person to talk to can help you get up and running more quickly.  We would be delighted to help you.