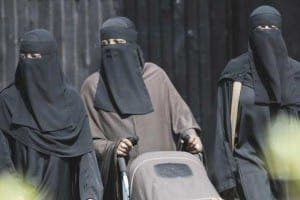 HATE crimes against muslims increased tenfold in Spain, rising from 48 in 2014 to 534 last year.

President of the Spanish Federation of Religious Entities, Mounir Benjelloun, said recent attacks in Paris and Brussels are partly responsible for the increase in anti-Islamic sentiment.

“These types of aggressions increase whenever there is an act of violence in a European country,” he said.

According to Riay Tatary, the head of the Islamic Commission of Spain, mosques have been increasingly vandalised since the attacks in Paris and most recently in Brussles, where 32 were killed.

These have included mosques in Salamanca and Granada.

The Union of Islamic Communities of Spain said in a statement that far-right extremist groups are trying to manipulate public opinion by channeling hate towards muslims.

Madrid police say at least 14 people from the far right were identified at recent protests outside the capital’s main mosque following the Brussels attack.

They arrested a man on Tuesday on suspicion of throwing red paint on the entrance of a mosque and painting swastikas on its door.

He is believed to be part of a growing far-right community that is hostile towards Muslims in Spain.