DOES anybody enjoy exams? First there’s the revision. Lonely nights stuck by a lamp reading through dog-eared textbooks. Then there is the actual exam in school. Row upon row of frowned faces sitting at desks figuring out correct answers.

As an English teacher in an academy in Spain, I give out exams to a variety of ages, young to adult. There is not much surprise in the students faces when they receive a test, only expressions of tedium. The country’s education system is overwhelmed by exams. Young students tell me on a weekly basis of tests in their colleges.

It continues into their adulthood. La Selectividad, for example, is a necessary exam to get into a Spanish university. It consists of six-90 minute written exams over three days. That’s before university!

If only there was an easier way to pass an important test. Nope, just study a lot. Or, there is the way of cheating. “Copiar”, as they call it in Spain. There is no exact translation for the word “cheat”, but “to copy” is the umbrella word for all forms of the dark art.

I recently found a cheat note in the bin of my classroom. A small bin, which sits just behind my chair and desk. So the culprit must have said “goodbye” to me after the exam I presided, then put the note in the bin and sprinted off. How dastardly! And this was an exam for eight year olds.

The use of a cheat note is quite common in Spain and also has its own word, “chuleta” (it also means pork chop in Spanish). The version I found was a small, long, crumpled up piece of paper with a list of present to past verbs. Unfortunately for this culprit the ink was red. This meant I could match the only exam paper I received that had answers written in the same colour of pen. Caught red handed.

Why did the student do it? Without the “chuleta” I am certain the young learner would have passed. But what is more striking was the age, eight years old? How is that even possible for such a young student?

There seems to be a culture of “copiar”, both for young and older students. Maybe it is the pressure. The amount of important exams to progress in a career in Spain is incredible, particularly in the fields of teaching and engineering. Anxiety to succeed can influence the noblest of students.

Countries worldwide can have equally tortuous yet important assessments. Just look over to the USA that uses Standardized Testing, an exam to determine a student’s future potential and reward schools for better performances. The test is cynically summed up by Mrs Krabappel in the Simpsons as a “determiner of your future social status and financial success”.

But “chuletas”, looking at answers written on a hand or peaking at someone else’s answers is not unique to Spain. Heck, it was rife during my time in school in the UK. At the same time, one cheat note does not equal a desperately anxious student. It usually just indicates a lack of studying and disregard for any consequential punishment.

Yet there is still that sense of desperation. And this leads me to another recent discovery in Spain. Instead of using that small piece of paper tucked into a pencil case, people are inserting small microphones right into their ear. With that microphone they can listen to recordings of answers or formulae to aid them in their answers. After the exam, they remove the small black object with a magnet.

Using a microphone is going way too far and resembles an episode of Spongebob Squarepants when he inserts a walkie talkie into his head in one hopeless pursuit to pass a driving test. The companies that actually sell these tiny devices are themselves the real cheaters, raking in hundreds of euros for people who are desperate enough, and very likely unprepared, to pass a difficult exam. 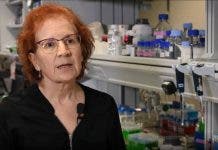 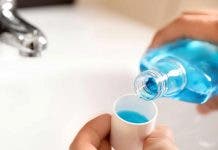 Laurence Crumbie - 28 Oct, 2020 @ 17:00
A SPANISH environmental group has launched an awareness campaign for an endangered species of limpet endemic to the Costa del Sol.