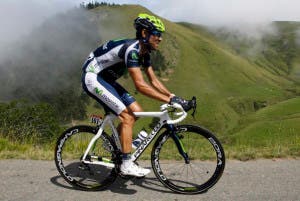 ALEJANDRO Valverde is adamant he can become the oldest debutant winner of the Giro D’Italia.

The 36-year-old Spaniard would also be the oldest winner of the Grand Tour if he is wearing the maglia rosa in Turin in three weeks time.

Valverde performed strongly in the Giro’s first time trial in Holland last weekend as the riders prepare to do battle in the Italian mountains.

“My objective is clear. I came here to win,” said Valverde. “I have inspected the mountain stages and have the support of my team – a united and powerful group.”

Alex Trelinski - 8 Aug, 2022 @ 17:30
A man breached a judge's order banning him from going onto a Valencia beach and found himself arrested again. The 20-year-old previously stole from bathers...