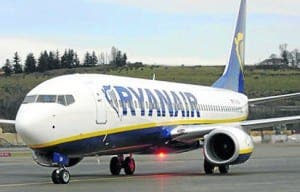 TWO planes have had to land in France en route to the Iberian peninsula after they contacted ground staff about ‘in-air emergencies’.

A Ryanair flight from Liverpool to Alicante and a Germanwings flight from Dusseldorf to Faro have both been redirected after they raised the alert.

The two flights have landed at Bordeaux, in France, for emergency crew to board the aircraft.

Reports confirm the emergencies were not terrorist-related.

On the Ryanair flight a customer had fallen ill and needed medical assistance and a Germanwings passenger aged 60-70 also suffered from heart problems and needed immediate attention.

The Ryanair flight is set to depart to Alicante shortly.

Teenage tourist, 18, in coma in Spain after headache turns out to be blood clot on brain