AN intrepid town hall is facing outrage from expats after installing a series of cat traps to deal with an ‘unmanageable’ stray problem. 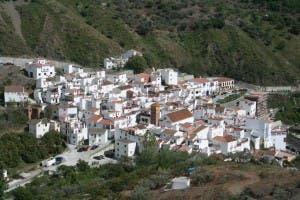 However the dozens of traps have upset ‘horrified’ cat owners in Archez, who have voiced their anger on Facebook groups.

Many of them insist that the devices could lead to the deaths of many pets in the Axarquia town.

Their fears have now been eased after the town hall confirmed to the Olive Press that they were for ‘catching not killing’.

“We have no intention of killing these cats,” Ruben Risa, head of works for Archez town hall explained.

“But we desperately need to control population somehow with around 200 cats in the centre – surely everyone wants to live in a clean town?”

Risa added that any animal caught in a trap will be taken to the local kennel and will either be put up for adoption or returned to owners if they contain a microchip.