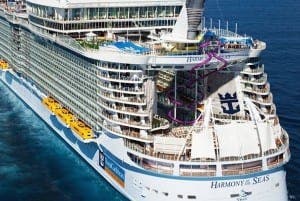 THE world’s biggest ever cruise ship has docked in Barcelona after completing its maiden voyage.

Weighing 227,000 tonnes, the €1 billion Harmony of the Seas – described as a ‘floating town’ – moored in its home port of Barcelona after setting sail from Southampton, UK.

Built for US-based Royal Caribbean, it also has a 10-storey-high water slide, cinema room and casino.

A giant climbing wall, a rope slide, mini-golf, surf simulator, floating jacuzzis, and 1,400-seat theatre playing Broadway musicals are among the other attractions.

Two robot barmen serve passengers in the ‘Bionic Bar’ and the ship even has its own high street, as well as a ‘Central Park’ deck featuring 12,000 plant species. 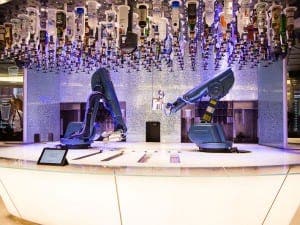 The boat will be moored in Barcelona and will begin regular cruises this summer through to late October.

Dilip Kuner - 6 Dec, 2022 @ 17:30
WITH the double bank holiday week upon us, the DGT traffic department has launched an anti-drink driving campaign. The ‘puente’ week is popular amongst businesses...