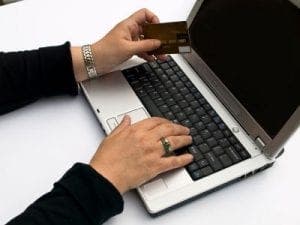 BRITISH holidaymakers to Spain are four times more likely to be victims of online booking fraud than in 2014.

It comes after British police confirmed there had been a 425% increase in scammers cashing in on holiday bookings.

Much of the money that was destined for holidays in Spain was syphoned off by high tech fraudsters who infect computers with malicious software.

The scam is set up after the conmen install software that enables them to read emails and steal people’s bank details once they enter them online.

Katy Worobec from Financial Fraud Action UK said: “Whenever sending large sums, especially to a new payee, it is a good idea to transfer a small amount first to confirm that the details are correct and the funds have cleared.

“However, with criminals increasingly targeting customers directly, it is vital you are vigilant and safeguard your personal and financial information.”

One family, the Pearsons, from Hertfordshire, revealed how they lost €630 after having their money swiped, when they paid for a booking on a holiday home in Mallorca.

Despite discovering the money had not arrived in the homeowner’s account within a week, their bank refused to reimburse the money, as it had already been withdrawn by the fraudsters.

The Olive Press has reported extensively on similar scams over the last few years.

Last year, we reported how thousands of British holidaymakers lost out after fraudsters hacked into their emails at rental site OwnersDirect.com.