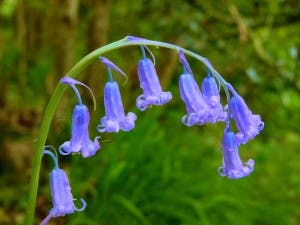 BRITS may be 10 to the dozen on the Costa del Sol but a Spanish is invader upsetting the applecart in the UK.

The future of the beloved British bluebell is in jeopardy after an ‘invasion’ by its Spanish cousin.

With a brighter hue and longer leaves, the growing number of Spanish bluebells in the UK is posing a ‘major threat’ to the local species.

Originally imported as garden plants, the Spanish bluebell has begun growing in British woodland and cross-breeding with the local species.