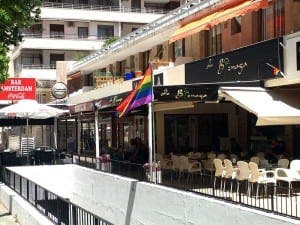 “CRAZY, this summer is going to be crazy,” predicts gay bar owner Paulo Molleda of Café El N.A in Torremolinos.

“I make double the money in summer and I only have to work half the hours! Last week for gay pride we had 97% full capacity in all the hotels and bars.”

Like the tens of other LGBT-friendly bars in the famous La Nogalera district, Paulo will be taking advantage of the thousands of ‘rainbow warriors’ who will descend on this party-friendly town west of Málaga city to tan and tipple cocktails with a colourful crowd of all sexual predilections.

If a resort can be said to have ‘come out of the closet’ it’s this once poor fishing village which spent its 1960s adolescence as the package holiday choice of Birdie Song aficionados and has come of age in the 21st century as Europe’s international LGBT hotspot. 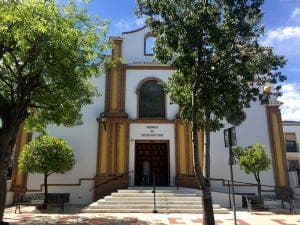 The first town on the Costa del Sol to be developed for jet-setting tourists of any ilk, its Pez Espada Hotel is almost a point of pilgrimage. This elegant grand dame was the Costa’s first luxury hotel, attracting the likes of Grace Kelly, Ava Gardner, Marlon Brando and Frank Sinatra when it opened in 1959.

Within a few years, other hotels, nightclubs and tourist attractions had transformed the seafront strip into a bustling family resort.

But Torremolinos was also the crucible of Spain’s gay holiday scene. Tony’s Bar – Spain’s first gay drinking establishment – opened its doors in 1962, at a time when homosexuality was still a criminal offence.

While Spain remained firmly under the thumb of a fascist dictatorship, defiant Torremolinos dared to be different. And after the fall of Franco in the mid-70’s, the town was well-positioned to tout its attractions to the world as the home of the ‘pink holiday peseta’.

Today, gay pride has emigrated from hole-in-the-wall subterfuge to out-in-the open sophistication with snazzy beach clubs like Eden and Jimmy’s flying their rainbow flags over rows of white-cushioned cabanas clustered along 7km of beaches. They’re stylishly exclusive but all-inclusive in ethos. Everyone’s welcome, and its clientele of kids, teens, mums, dads and grandparents is proof. 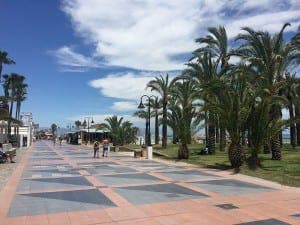 The town’s six main beaches are now linked by a stunning new wider promenade and there are other exciting plans afoot to broaden its appeal. By 2018, the Palacio de Congresos will boast one of the coast’s biggest leisure centres with a dry ski slope, a swimming pool with a giant wave machine and a shopping zone the size of 27 football pitches.

Torremolinos has a 34 per cent share of the Costa del Sol’s hotel bed total and occupancy rates are high, reaching an average of almost 64 per cent (2012 figures) and over 66 per cent at weekends, compared to Marbella’s 50 per cent.

Competitive prices have ensured it consistently ranks in the top four ‘value-for-money resorts’ survey carried out by the UK’s Post Office.

Cocktails cost €3-4 less than your average Marbella concoctions and eating out is similarly cheaper.

But Torremolinos delivers more than a relaxing beach holiday that’s kind to your wallet. 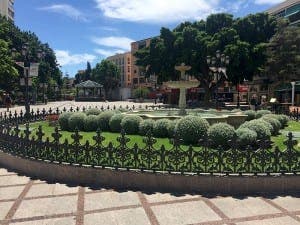 The old town weaving up higgledy-piggledy streets from the prom, is packed with character and quirkiness; its imposing bullring, which still hosts corridas, is guaranteed to elicit gasps of ‘ole’; and if  you’re keen to unleash your inner Bear Grylls, the crocodile park isn’t far away, home to 300 sharp-toothed reptiles and an array of exotic water birds and you can handle them all – with care!

In case you’re not up for crocodile-infested waters, Torremolinos is also home to the oldest and largest water park on the Costa del Sol – sprawling 70,000m2 Aqualand, starring 34 thrilling water slides.

And if your holiday romance leads to a more lasting love affair with ‘Torre’, you’re not alone.

“The market is extremely busy right now,” says Rosa Cuato of Universal Inmobiliaria, “We are getting a lot more British and German buyers but also Scandinavian.

“We have great transport and a great community here but also we offer good food, beautiful beaches and bustling nightlife, all at a much lower cost than places like Marbella.”