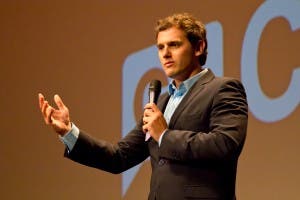 In a press conference after a meeting in Congress, the president of the centrist Ciudadanos party rejected a Rajoy government, but stressed the importance of forming a government quickly.

Rivera said: “We hoped for a three-way and a consensus government with the [PP], PSOE and the C’s, but that no longer seems possible.”

Rivera added the C’s ‘will not support’ a minority government without the PSOE and ‘will be the opposition’ of such a coalition.