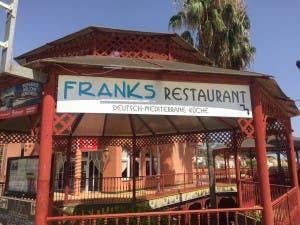 A LAS CHAPAS eatery has relaunched after having a TV makeover.

TV chef Frank Rosin and his team, alongside interior designers, spent four days re-training the staff and kitting out the dining area.

“It’s amazing, we are all in shock,” the restaurant’s publicist Claudia Langer, 54, told the Olive Press, “We were all in tears, even head chef Frank had a tear in his eye!”

Following the Kitchen Nightmare’s formula, the restaurant hosted 30 test-eaters, who ranked the restaurant out of ten across five categories of food, drink, ambience, value and service.

“Although we were quite shocked to only get 19 out of 50, the feedback was positive and we learned so much so it was really helpful,” said Claudia.

The training and makeover aimed to address the criticisms of the test eaters before they were invited to score the restaurant again on the final day of filming. 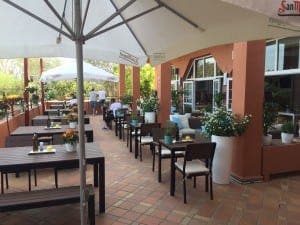 The restaurant’s new menu will be a German-Mediterranean fusion, and head chef Frank Henkel, 51, aims to source everything locally, even the wines!

“We want to support local produce and we aim to have no Italian or French wines, only Spanish,” he said.

Star of the show Rosin said he knows the madeover eating spot will be a success.

“We have a formula that works and is very successful,” he told the Olive Press, “They are going to do just fine, and if they need any advice me and my team are just a phone call away.” 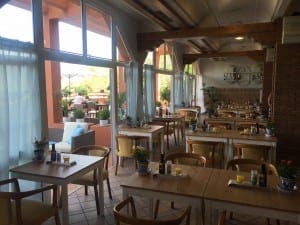 Asked what he thinks about Marbella’s food scene he said: “I love Marbella, I have been coming here since the 1980’s, but you either have very good restaurant’s or very bad, there is nothing in between.”

Staff Reporter - 6 Oct, 2022 @ 10:35
In the world of advanced technology, people often look for an alternative way to make money. Of course, we are talking here about legal...