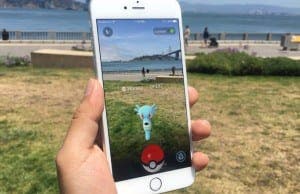 CHARMANDERS and Pikachus have finally arrived in Spain with the launch of the immensely popular Pokemon Go app.

Worth more than €10 billion, it has been downloaded by millions around the world and is making around €1.6 million a day.

It now has more active daily users than Twitter and has surpassed the popular dating app Tinder in downloads.

There was such a demand for the game to come to Spain that app-creators had been making knock-off versions in a bid to cash in from the phenomenon.

Imitation app Go Catch Em All! Hungry Monster.IO had become the most popular free app in the country.

It borrowed elements from last year’s Agar.io, where a cell in a petri dish gobbles up neighbours to grow.

“People can see that these games are not the real thing, but they download in hopes of recreating some of that experience until the actual app arrives,” said Serkan Toto, founder of consultant Kantan Games Inc., which specialises in Japanese mobile games.

Spain now joins Portugal, Italy, Australia, New Zealand, USA, Germany and the UK as the only countries where the app is available.

The real Pokemon Go app sees 151 of the classic Japanese cartoon characters dotted around on a real-life google map.

Once users arrive to the location, the Pokemon will appear on their screen and they must then flick their on-screen ‘pokeball’ at the creature to catch it.