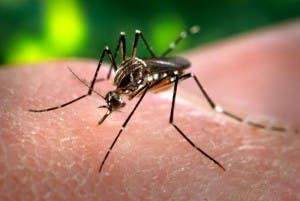 SPAIN’S Health Ministry has confirmed the first case of the Zika virus being sexually transmitted.

With that the total number of cases of the Zika virus in Spain has risen to 167.

Twenty-two of the confirmed cases are pregnant women.

The other 166 cases were detected in people who had recently returned from affected countries.

There have been five cases detected in Andalusia.

Zika spreads to people primarily through the bite of an infected mosquito but it is also transmitted sexually from infected men and can be passed from pregnant women to their fetuses.

The symptoms of the illness are usually mild but scientists believe that the virus is responsible for a surge in infants born with microcephaly, a birth defect that results in smaller head size and developmental issues.

There is no vaccine or treatment for Zika or microcephaly.