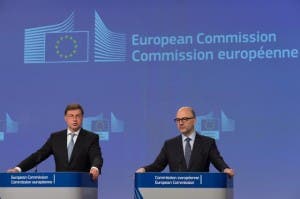 Though both countries failed to meet their deficit-reduction goals, the commission met each with leniency.

Spain has been given two years to get its deficit below 3% of GDP, while Portugal has been given one to get below 2.5%, Pierre Moscovici, the European Commissioner for Economic Affairs, announced on Twitter.

On one hand, too much leniency with countries that spend beyond their means could lead to reckless borrowing and spending.

However, with Eurosceptic and populist movements finding surer footing across the EU, the commission decided that a harsh punishment was the wrong tack.

Moscovici also tweeted about the decision: “It would have been legally possible to sanction. But our decision is politically and economically the most appropriate.”

Valdis Dombrovskis, VP of the European Commission, also cited the ‘profound challenges’ both countries face in defence of the decision.