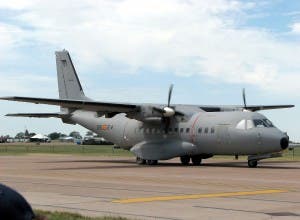 According to statistics from the Ministry of Commerce, the government sold €3.7 billion worth of arms in 2015, with the Saudi Kingdom taking almost 15% of all sales.

The growth in sales has mainly derived from the country’s Airbus Defence and Space company, who produces transport aircraft which can carry weaponry and carry out surveillance and refuel other aircraft mid-air.

Aircraft sales made up 86% of last year’s exports.

Germany was Spain’s biggest arms client, splashing €647 million on its neighbours weaponry, while the UK spent €474 million, coming in third after Saudi Arabia.

Some countries were denied sales, including Israel, whose order of rubber bullets was blocked due to its ‘possible use in internal repression’.

It was also denied the sale of rocket propellant substance due to the region’s current instability.

Russia has undergone several denials since its annexation of Crimea, specifically, electric circuits for military use, hunting rifles and sport guns.