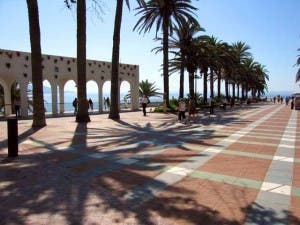 A South Korean tourist triggered a bomb scare at the seaside resort when she strapped her suitcase to a public bench at the Balcon de Europa.

Hundreds of holidaymakers were evacuated by TEDEX agents from Spain’s specially-trained bomb disposal unit after being called in by local officials.

The entire area was sealed off until the agents had inspected the bag.

After agents determined that the bag was of no threat, the apologetic tourist returned to reclaim her suitcase.

She claimed that she was travelling alone and wanted to go for a bite to eat without lugging her suitcase around.

She was not charged with any crime.