IT isn’t easy reaching the number one spot on TripAdvisor, but Hotel Molino del Santo in the Serrania de Ronda has held 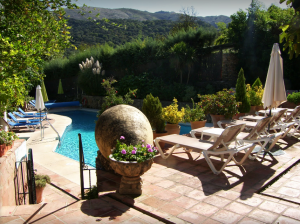 The boutique 18-room retreat, tucked away next to a mountain stream in Benaojan, has been kept at the top of the charts by expat owners Andy Chapell and Pauline Elkin, who opened its doors in 1987.

“It’s great to get the recognition, especially considering we are ranked number one out of more than 1,700,” Andy tells the Olive Press, “and especially because it comes from satisfied customers, it lets us know we are doing our job right. 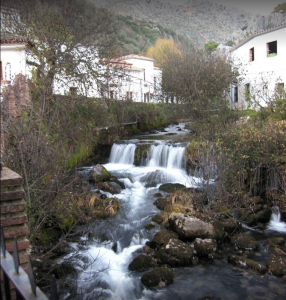 “We always read our feedback sheets scrupulously to see if there are any areas we can improve on and I think that has paid off.”

Set in a horticulturist’s dream of a landscape, the hotel is surrounded by luscious gardens and exotic birds, and its restaurant terrace, where you can sip Andalucian wine underneath willow and fig trees while a stream trickles past below, is the jewel in the crown.

“It’s the perfect spot for a romantic weekend for two while we also get a lot of visitors coming up  from the coast who want a break from the hustle and bustle,” says Andy.

The hotel’s restaurant changes its menu every month and sources its ingredients locally, while 70% of the wines sold are from Andalucia. 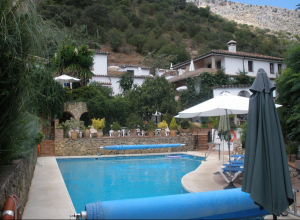 The tranquil oasis holds a maximum of 40 residents but can cater for up to 90 with events, including weddings or birthday getaways, so whether you’re treating friends to a stress-free break or looking for the perfect place to tie the knot, it’s hard to see where the Molino del Santo could fail you.

Its secret? Other than the decades of experience, Andy thanks his reliable and experienced staff for a large part of the success.

“Some of them have been with us for thirty years and are so dedicated to the job,” he adds. “They’re able to really look after our guests, and that’s the most important thing.”

Dining Secrets of Andalucia’s not so secret supporters

Bedding down for winter

Romantic and hip places to stay in and around Ronda