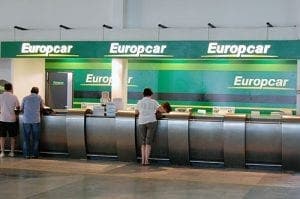 TOURISTS are being duped into taking out ‘rip-off’ car rental insurance which can double the costs.

Firms are using high pressure tactics – including threatening travellers with bills of up to £2,500 if they are involved in an accident – to charge up to £30 a day for protection.

But experts say this is more than ten times the regular rate for that type of insurance.

Tourists in Spain are routinely told that they can not collect their vehicle unless they take expensive cover or hand over their credit cards.

Car rental firms have wrongly told customers that the cheaper policies they bought before they travelled were worthless.

To collect the car they were told they needed to buy extra cover or put down a deposit for around £1,000 on their credit card, which the company keeps if the car gets damaged.

Experts have labelled firms ‘outrageous’ for charging up to £230 for a week’s insurance on a car that cost £280 to rent.

Bob Atkinson, of website Travelsupermarket.com, said: “Sales staff at car fire firms are misleading customers, making them scared and worried when they don’t need to be just to bump up their revenues.”

Some companies included different hidden costs, including breakdown cover and insurance to cover administration costs if the motorist was fined.

When comparing insurance costs for renting a car in Malaga this August, some were more than cost of renting the car.