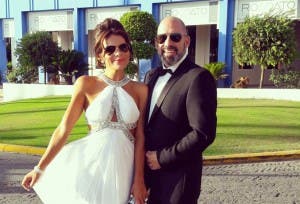 I MUST admit I have a love/hate relationship with Facebook.

The social networking site allows me to keep up with my friends around the world, share my (increasingly random and manic) thoughts on the world and promote my radio and written work.

The downside is that I increasingly get tagged in those inspirational quotes that are supposed to spur you on. You know the type – the ones that feature a sunset and a few profound words, that has the cynical hack side of me both reaching for the sick bag and heading towards the gun cabinet a la Hunter S Thompson.

And during my, ahem, ‘wilderness years’ when I used to pop out for a pint of milk and not come home for three days, an ex-girlfriend of mine used the Book of Face as a Global Positioning System. She’d be able to follow my progress (or descent) via the places that I was tagged in, normally blurred in the back of some photo.

My latest escapade, however, really brought home the power of social media.

I’d been invited to MC a cancer charity event in Sotogrande and the organiser, the wonderful Patricia Darch, kindly put me and the Hottie Hippie up in a rather splendid hotel. It being a gala featuring some superb opera, I dug out my Black Tie and the HH looked stunning in a beautiful white ball gown.

We were just setting off to the event when we bumped into an old friend, who commented on how great we both looked and took a photo.

The gala was a great success and, as we turned in for the night back at the hotel, I noticed that she had sent the photo. And in true Giles Brown style, I couldn’t resist posting it on Facebook with the immortal words ‘Official Wedding Photograph’ and a winking emoticon, figuring that everyone would get the joke.

The next morning the HH skipped into the ensuite and turned both her phone and the shower on. (Women can multitask like that) Seconds later, I heard the sound of frantic pinging from the phone and a loud shriek from the HH

Under my ‘joke’ post was a long list of congratulations on our wedding, wishing us all the happiness for the future, long life and the pitter patter of tiny feet. Most of Facebook, it seems, hadn’t got the joke. And as the day progressed and people woke up across the time zones, more best wishes flooded in from the West Coast, Australia and the Far East. I quickly posted that we hadn’t got married but the congratulations continued for days afterwards.

And on the following Thursday, I got an email from my long-suffering father,

“Did you get married?” he asked wearily.

I may have to give up FB for a while and take up Pokemon Go instead. It might be safer …