THE family of a hiker who disappeared two months ago while walking from London to Gibraltar are ‘clinging to hope’ he is still alive.

David Oldman, 66, went missing in Almeria on June 9 after setting off from London’s Gibraltar House on his mammoth trek.

After leaving his hotel in Huercal-Overa Almeria on the morning of the 9th June, he headed towards Albox but didn’t arrive at Baza, where he was expected.

But with Spanish authorities scaling back land and air search operation, Oldman’s family are travelling to Almeria to complete this final 20km stage.

“We are seeing it is an opportunity to raise awareness. It is not a memorial,” said niece Gemma Oldman.

“It is two months now, but we are clinging to hope until we hear otherwise.

“We want to complete that part of his journey at which he disappeared.”

She added: “He is a very experienced walker and was following a planned route from Gibraltar House, in London, to Gibraltar.

“This is what he does – this is his holiday and he is very fit and good at what he does.”

The family have been working with the Lucie Blackman Trust, who help British overseas victims. 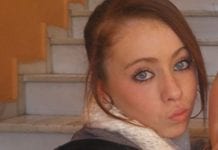