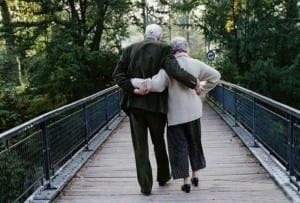 “For us, the emphasis is on Alliance as much as  Canadian – it is our goal to remove the “frozen” pension policy once and for all, thereby helping all overseas state pensioners. We encourage every UK pensioner living in an EU country to join us in this battle”.

There are many stories from UK pensioners who have lived in “frozen” countries for a number of years. There is one octogenarian who moved to Canada in 1983 and then retired in 1998. When he first retired, his UK state pension was £65 per week, which converted to CAD$150. Eighteen years later he is still getting £65 per week, but due to a significant drop in the exchange rate over the years he is only getting CAD$110 now – CAD$40 less than he was getting in 1998! During this time inflation has been an average of nearly 2%/year, and for every CAD$100 spent in 1998 you would now have to spend CAD$140. The octogenarian has lost significantly in his purchasing power!

There are heart breaking stories as well – one 91-year-old UK pensioner, who moved to Canada many years ago, is now living on the breadline. She says:

“It’s the small things, and the injustice, that is really getting to me. I value my independence, but I can’t go on living on the breadline and I don’t want to inflict this on my family. As well as ever-increasing poverty, I feel a sense of stress and shame, which is affecting my health. This is complete and utter discrimination. I have paid all my contributions to the National Insurance Fund in Britain and now I have no option but to return to get something back”.

Ouch!! How Brexit is hurting UK pensioners in Canada

Please visit the CABP website as you will learn all you need to know about overseas UK state pensions. As well, Brexit updates are being posted frequently. You may want to even bookmark the website! Every member adds another voice to this hard working lobby group, which is striving to effect a change to the illogical “frozen” pension policy. Join now…

Should you move your pensions into one pot?