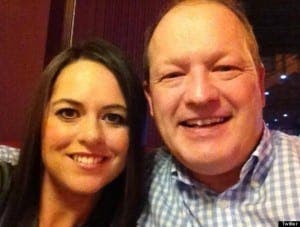 LABOUR MP Simon Danczuk has been arrested in Spain over an alleged incident involving his wife Karen.

The Rochdale MP – who was suspended earlier this year for exchanging sexually explicit text messages with a 17-year-old – was arrested last night at an apartment in Algorfa, Alicante.

Police confirmed that a man was arrested in connection with an alleged incident of domestic violence and that he remains in custody.

His wife Karen AKA ‘selfie Queen’, from who he is estranged, was reportedly treated at a hospital for minor cuts and bruises.

She is believed to have been holidaying with her children.

Danczuk could go before the courts this week.

The Foreign and Commonwealth Office (FCO) said it was ‘providing support’ to a British man who was detained by police on Monday.

Cristina Hodgson - 27 Jun, 2022 @ 10:00
A US fugitive with an international arrest warrant (IAW) has been arrested by Policia Nacional. The National Police have arrested a 50-year-old woman in Monda...