A WILDFIRE broke out in Jimera de Libar in the Serrania de Ronda yesterday (Friday) afternoon but it was quickly stabilised by more than 80 firefighters.

The fire was declared at 16:35 but four helicopters, two seaplanes and more than 80 ground crew were quickly on the scene and the blaze was declared under control by INFOCA at 21:05.

For four hours, non-stop, the helicopters dropped thousands of litres of water, scooped up from the municipal swimming pool, on the leaping flames.

Residents of the village reacted quickly to move livestock to safe areas and there are currently no reports of loss of property or injuries.

Ground crews remained at the scene through the night damping down any hotspots. 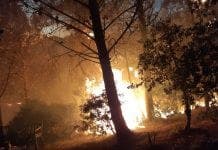 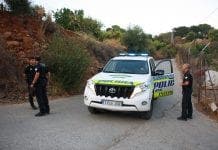 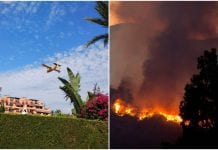