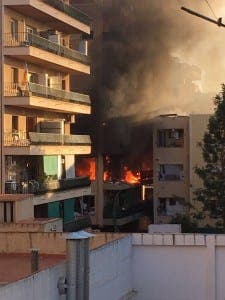 POLICE are investigating an explosion in a block of flats in Spain which killed one and injured 17.

The blast took place on Sunday morning in a residential building in Premia de Mar, north of Barcelona.

Catalonia’s Minister of Home Affairs Jordi Jané said a team of firefighters and police were still examining whether it was “accidental or not”.

Town mayor Miquel Buch said when such a large explosion occurs, officials must check “if it was an accident, or had a criminal origin”.

There were also indicators that it could have been a gas explosion. 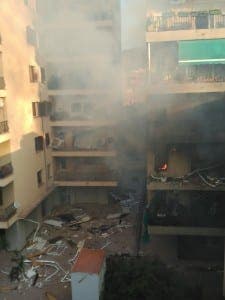 The woman who died was aged between 50 and 60 and was living on the same floor as the explosion.

Of the 17 injured, one man sustained burns over 30% of his body and is in a serious condition alongside two others.

John Culatto - 2 Feb, 2023 @ 12:55
POLICE in Gibraltar have found a 13-year-old girl safe and well on Thursday morning who was missing since she left school on Monday. The Royal...